4. John McFetridge – Black Rock (2015)
Black Rock is the first book of the series of Eddie Dougherty. Set in the city of Montreal, in 1970, it is centered around a wannabe-detective named Eddie Dougherty, and a young cop. The 1970s were a turbulent time in Montreal, featuring police kidnappings, bombings, strikes, and protests. McFetridge loves minimalist descriptions and humorous, tongue-in-cheek dialogue.
3. Peter Robinson – Innocent Graves (1996)
The wealthy and powerful man’s daughter has been murdered. Banks investigates the case and discovers that there…

Three new crime fiction has been released by Canadian novelists.
A Great Reckoning – Louise Penny
It is set in to cement author Louise Penny as one of the greatest gems Canada has ever seen in crime fiction.
The Great Reckoning is loaded with complex and masterful plots, profound compassion, and luminous prose.  The hero of the series, Armand, is a Montreal detective that has retired. He decided to accept the challenge of heading the police academy in Quebec. Unfortunately, the academy is very corrupt. He takes on the daunting task of cleaning it up.
The mysterious death of an academy instructor adds …

Have you been searching for a good read? Here are some suggestions:
Thomas King – Cold Skies
Dreadful DreadfulWater is a retired investigator. He is living in a small town, enjoying a quiet life. A body disrupts the quiet, bringing DreadfulWater out of retirement and plunged into a case unlike one he has ever seen.
Melissa Yi – Human Remains
Dr. Sze is working on her stem cell research in Ottawa when discovers a corpse left in the snow. This leads to a string of deaths. She must uncover the mystery – the time is running out.
Elisabeth de Mariaffi – Hysteria
Hysteria is a … 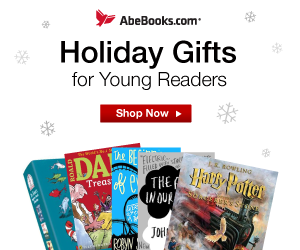